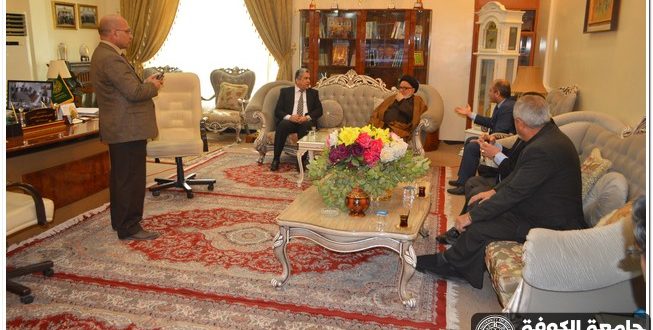 The Rector of the University of Kufa, Prof. Dr Muhsin al-Dhalimi, meets the Islam and Muslims’ Authority, Sayid Murtadha al- Kishmiri, the Representative of the High Religious Authority in Europe

Faculty of Education/ Information Section … The rector of Kufa University, Dr. Muhsin al-Dhalimi, has met the Islam and Muslims’ Authority, Sayid Murtadha al- Kishmiri, the representative of the High Religious Authority in Europe during his visit to the presidency of the university, accompanied by the dean of the Faculty of Education, Prof. Dr Ali Khdhayir Hejji. Stressing the importance of the visit, Al-Dhalimi reviewed the main achievements of the university, its scientific progress and its high level in comparison with the other Iraqi universities due to its pioneering projects. He referred to the university’s preparations to commemorate the passing of fourteen centuries after the martyrdom of the Commander of the Believers (a.s.). In turn, al-Kishmiri expressed his thanks for the university and its rector for the good hospitality praising the pioneering scientific initiatives especially the project celebrating Imam Ali’s martyrdom, hoping success and excellence for the university and confirming the need to urge students to acquire knowledge through Hadiths of science and learning and to increase ethical, guiding and educational lessons. 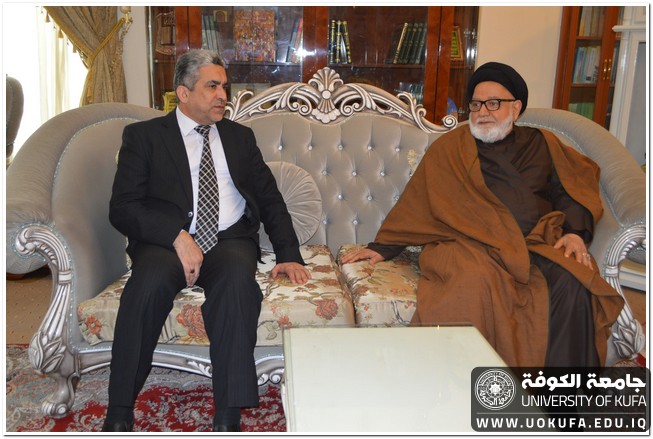 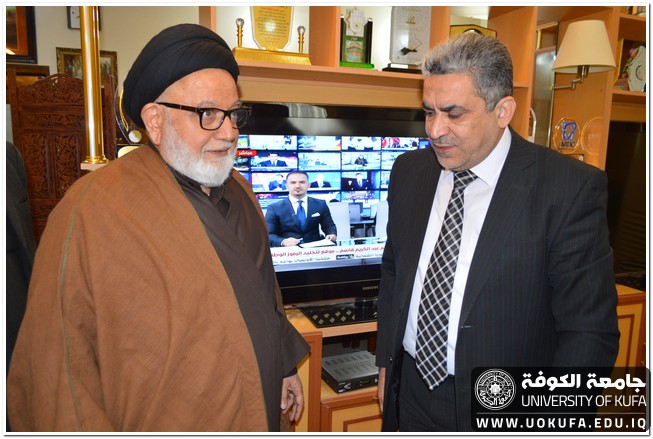 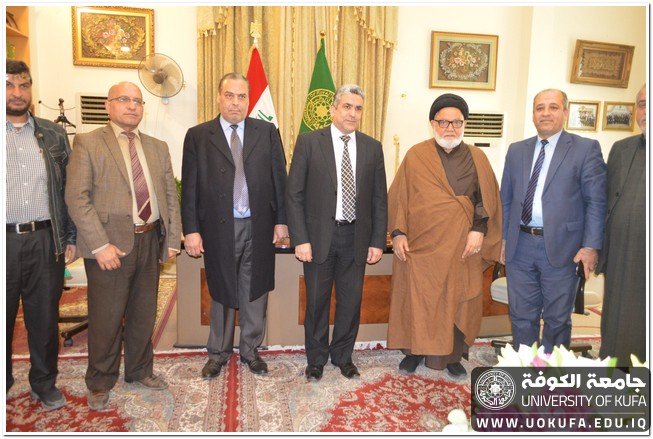 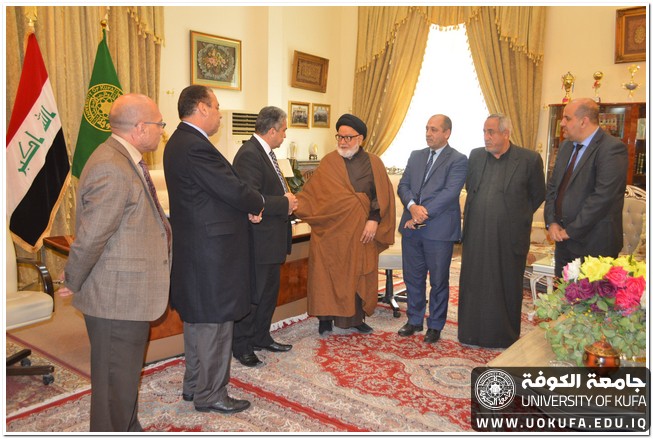 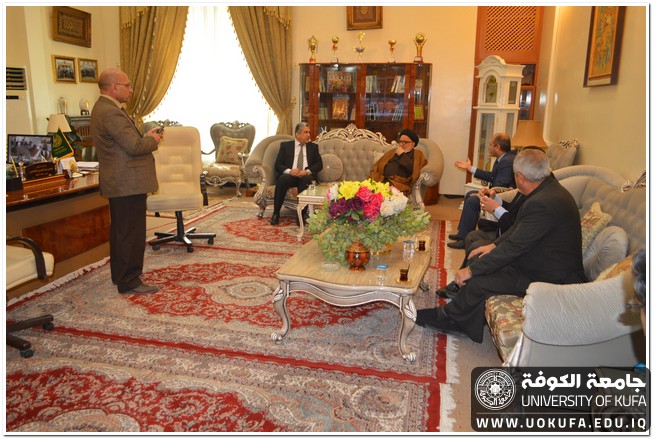 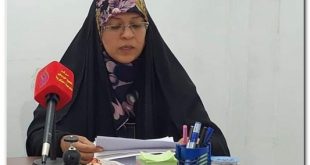