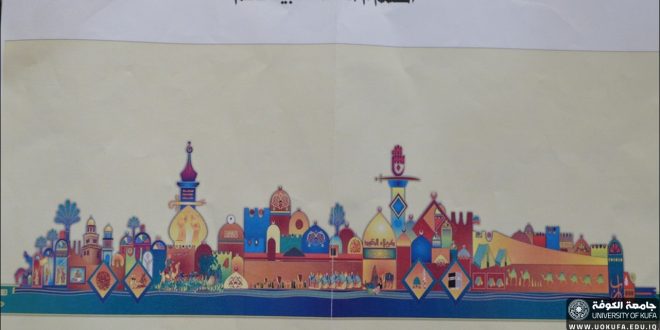 Dr. Ahmed Eubayd Al-Ghazali Suggests Designing a Ceramic Carving Mural entitled “March of Refusal and Eternity” Dr. Ahmed Eubayd Al-Ghazali, a lecturer in the Faculty of Education, presents a suggestion of designing a ceramic carving mural 48 m. in length entitled “March of Refusal and Eternity”. Al-Ghazali states that the mural reflects the highness and distinction of both Holy Karbala and Al-Najaf Al-Ashraf in the Islamic cultural events of the March of Refusal and Eternity. He adds that the work comprises a historical listing of the concepts of freedom and peace, the immortal 1920 Great Iraqi Revolution, schools of science and scholars and the fascination of the local environment. On his part, the dean of the faculty encourages such artistic projects calling the government and private institutions to take part in revealing the history and civilization of the holy cities in Iraq. 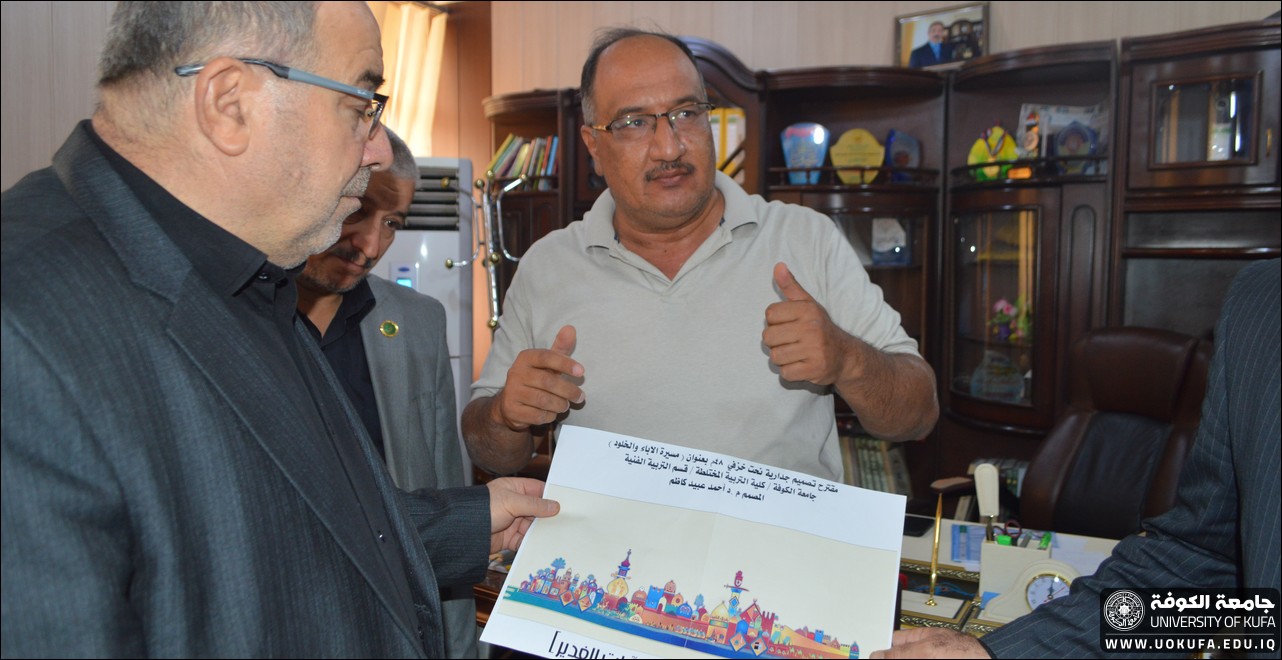 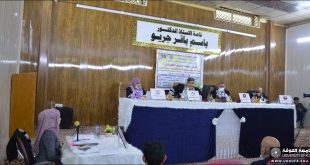 Discussion of the MA thesis